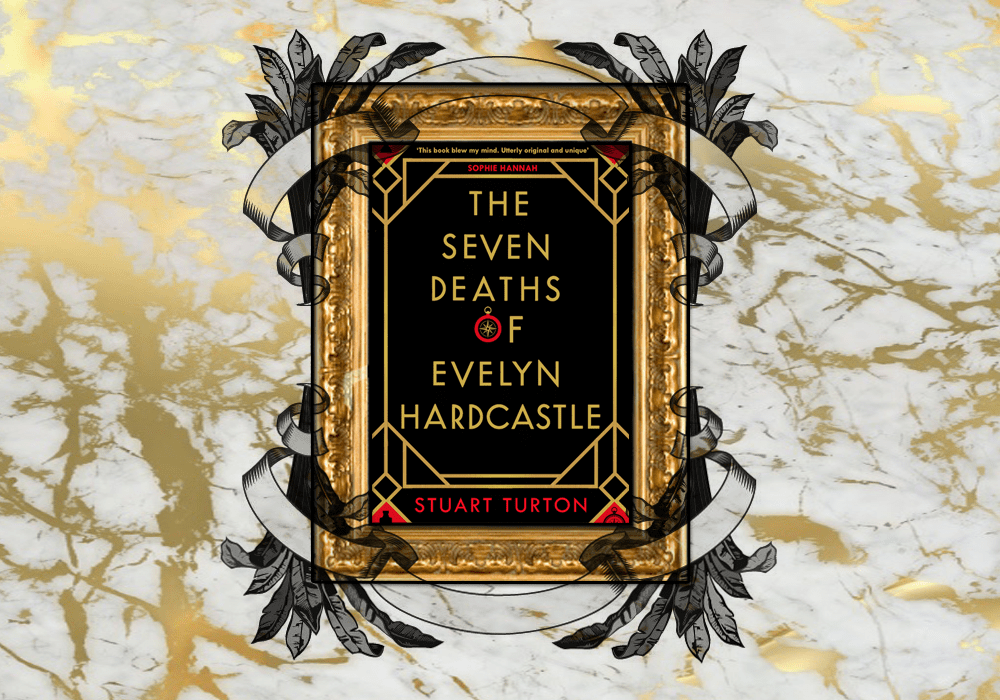 Somebody’s going to be murdered at the ball tonight. It won’t appear to be a murder and so the murderer won’t be caught. Rectify that injustice and I’ll show you the way out.’

It is meant to be a celebration but it ends in tragedy. As fireworks explode overhead, Evelyn Hardcastle, the young and beautiful daughter of the house, is killed. But Evelyn will not die just once.

Until Aiden – one of the guests summoned to Blackheath for the party – can solve her murder, the day will repeat itself, over and over again. Every time ending with the fateful pistol shot.

The only way to break this cycle is to identify the killer. But each time the day begins again, Aiden wakes in the body of a different guest. And someone is determined to prevent him ever escaping Blackheath…

So goes the blurb for Stuart Turton’s debut time-bending mystery novel. I must begin by saying that I have never been so phenomenally affected by a book in my life. While I was reading, I was inhabiting the world of the novel like I have never experienced before. In between my fiendish devouring of the tome, I was restless, unable to sever the tie between myself and the written word; just constantly, constantly consuming more of the sumptuous feast I was being provided with. My mind ached and throbbed as I struggled to piece the mystery together and to keep up with the constant new revelations that Aiden Bishop – our protagonist – was faced with. No chapter was without incident or a fresh set of obstacles and every new discovery begged a thousand more questions.

So what the fresh hell is happening in this novel?

Thank you for asking, Me. I shall tell you, even though you already know, because you are me.

Our narrator starts the novel awaking in a dripping forest, carrying with him only an indescribable fear and a singular name: Anna. Struck with terror, he sees a figure dashing through the forest, hears her scream and a gunshot. He stumbles through the rest of his day, terrified and confused. He meets and befriends his benevolent host, the eponymous Evelyn Hardcastle and becomes embroiled in a mystery within the walls of Blackheath.

The next day, he awakes within another unfamiliar vessel. As the novel progresses, he learns that his name is Aiden Bishop and he is obliged to relive the same day eight times in eight different host bodies in order to solve the murder of Evelyn Harcastle – a murder that is not even treated as a murder. Should he fail, his memories shall be wiped and he shall begin the ordeal anew. Spurned forwards by his desire to escape this torment, as well as his determination to save the doomed woman, Bishop begins unpicking at what appears to be an impossible puzzle; all the while victim to the flaws and whims of the hosts whom he inhabits.

The stakes are placed even greater when Aiden comes to realise that he has endured this loop thousands of times before and has been met with ardent failure, and is also accompanied by two rivals within this game. A murderous footman is also on hand, picking off the participants in this macabre game.

So that’s the plot. What makes this book worth me reading, Mr Goodwin?

You are wonderful at asking questions. I like you.

The answer is incredible simple: this book is ball bustingly brilliant. It is entirely unique, while still housing elements that are desperately familiar. The setting of a 1920s manor house is the backdrop to many mystery novels and is described so eloquently and in depth that I was instantly transported. The narrative voice is innovative and immersive; choosing to base the narration as first-person and present tense gave it a sense of immediacy that transported the reader through the novel with our protagonist. It gives the impression that the novel is occurring presently, and this made no move or action predictable. It was the only choice of presenting this novel.

The spectacular thing about the narrative structure of the novel is that we are introduced to the same party eight times from differing viewpoints. While this fills the novel with the sense of inevitability surrounding Evelyn’s demise, it also makes it tricky to reconcile the events that have occurred between the different host bodies of Aiden Bishop. It is difficult to work out how Evelyn gets from happily joking with Aiden’s first host to distraught and shooting herself in public in front of Aiden’s fourth host. We are presented this world not only through Aiden’s lens, but through the different lenses of his host bodies. We see alternate sides to characters we are familiar with, who we once may have been certain of their allegiance and are then called to doubt. A gentleman who may have come across as an enemy in one iteration may prove to be a vital ally within the next existence. Every single character is incredibly nuanced and everybody serves a narrative function. Nothing is out of place or not thought through.

It was also delightful to see how Aiden’s personality changed throughout the book, not only as a sign of him coming to grips with this mystery, but also the subtle changes that accompanied each change of form. It is difficult to work out – and Aiden struggles with this too – how much of the development he experiences from his first host to his last is due to his own personal growth or the different characteristics of his host bodies. He finds himself at the mercy of their own innate desires, and actively has to battle against their personalities at points.

I preferred this narrative style to reading another mystery novel about an enigmatic detective who turns up and deduces the murder. Seeing a hands-on approach and following the protagonist as they solve this murder was much more compelling, and the fact that it is told in the first person only serves to aid this. The conceit of time travel also helped to interview and talk to the people directly involved in the murder before it even happened in the first place. There’s no magical flashbacks where Poirot dramatically blurts out exactly what happens in a dark manor house while everyone looks creepily shifty around a dining room table. There’s no dramatic confession about why it happened. This narrative style literally gives us the best of both worlds: we get to see the murder first without the background information, and we also later get to see it from a completely different vantage point and witness what we previously didn’t see. This method of storytelling is so much more potent, satisfying and fulfilling to enjoy alongside our protagonist. Even when you think that everything has been tied up in a neat bow and the resolution is near, yet another viewpoint spins the entire experience into something completely different. An absolutely whirlwind, where there are a multitude of clues littered around the pages, just out of view of the body that you are hosted within. It was such a refreshing experience to entirely resign oneself to the flow of the book. To lie back and let it carry you towards its resolution, blissfully content to be along for the ride.

I am so excited to see what other books Stuart Turton produces, and I literally cannot escape the thrill that the experience of reading this book gave me. I am addicted to the adrenaline and the rush that it gave my brain. I am awestruck of how one person can so intricately and craftily construct an entire universe using just the power of their mind.

I have seen lots of comments online about how this book should be made into a film, and I have to say that I agree. I agree, however, only upon the basis that the same level of care and attention that was given to the book is given to adapting it for screen. The Girl on the Train, for example, was a sublime book told in a similar narrative vein to The Seven Deaths of Evelyn Hardcastle. We have unreliable narrators who exist in the first-person present tense. It made a fabulous book. But it made a terrible film, because no changes or alterations were made to the narrative structure of the book. And simply put this doesn’t work well on screen. The reasons why these books work is because of the narrative voice. That is missing within the film method. A film will never evoke the same feeling as experiencing the book, but effort needs to be put in to make it as captivating a cinematic journey as it was a literary one.

Yes. 6 stars. I’ve broken my own rating system already. I’m very positive, guys. I’m not even vaguely sorry about this.

Also please buy and read The Seven Deaths of Evelyn Hardcastle. I guarantee you will not be disappointed. Go. Do it.