As we approach the season finale, Chilling Adventures pulls the evil identical twin card out of the bag. 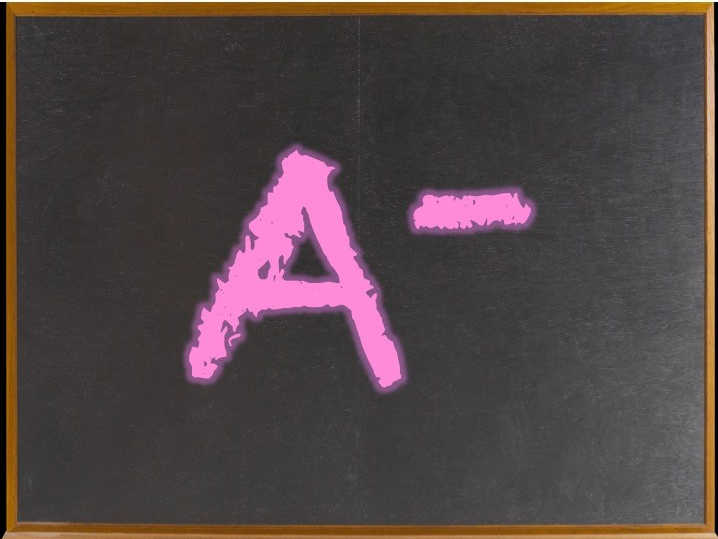 Having surmised from the ancient depiction of her in the mines underneath Greendale that she is destined to bring about the Apocalypse, Sabrina is eager to find some way to prevent this from happening. The first person she seeks out, of course, is Ms Wardwell, who tells Sabrina that the only way for Sabrina to make sure the Apocalypse doesn’t happen is to rid herself of her powers and become mortal. However, Ms Wardwell has just been coaching her beast-Adam to rip the flesh from Sabrina’s bones, so I don’t think that Lilith has Sabrina’s best in mind.

She enlists the help of Ambrose to conduct the Mandrake method and, while he warns her of the dangers of losing her powers, she is adamant. Ambrose obliges and at first it appears as if it doesn’t work, so the pair head off to the river to try a mud golem method instead.

Unbeknownst to them, however, Hilda soon discovers Sabrina in her bedroom, oddly chirpy and enthusiastic. After scoffing down a mountain of pancakes, this new Sabrina meets all of Sabrina’s friends in bizarre encounters. Uncharacteristically for this type of storyline, all of Sabrina’s friends figure out that she is an imposter fairly quickly – especially Roz who, after all, has the power of foresight. Upon realising that Sabrina is an imposter, she seems to reveal something to them and the screen whites out.

Sabrina returns from her fruitless river mission unaware of her Mandrake Clone running around Greendale. There, she is attacked by the Beast that Ms Wardwell created and has to be saved by Nick, who is outraged that she no longer has her powers. He explains to her that he has been investigating the prophecy and she is fine provided that she hasn’t completed all of the anti-miracles that Jesus performed. As he explains them, Sabrina realises to her horror that she has done all of these perversions, at the behest of Ms Wardwell. Immediately suspicious, they head off to find her and confront her. Sabrina is aware that she sent the Beast to kill her, as well as trying to train her to start the Apocalypse. I mean, it was about time that somebody figured out that Ms Wardwell was deeply suspicious, let’s face it.

While Sabrina and Nick are dealing with this, shit is hitting the fan at the Church of the Night. Father Blackwood claims that they have lost their way, and to get them back on the right track, he breaks away from the rest of the Dark Lord’s follows to create the Church of Judas, which follows the doctrine he outlined a few weeks ago. The summary of this new way is that warlocks do anything they want while witches are subjugated by them. Nice one. Faustus is even about to execute Elspeth for talking about Sabrina’s views, but fortunately Zelda and Prudence talk him out of it. Zelda’s treachery against Father Blackwood is finally revealed and she is locked in a cell, only to be freed by Prudence and allowed to go. Once again we are left questioning just how loyal Prudence is to her father.

Meanwhile, Hilda has attempted to inform the Council of Father Blackwood’s misconduct, but they respond that he can run his Church how he sees fit. Hilda calls them out on this blatant ignorance of Father Blackwood’s methods, calling him a murderer and calling them complicit. With a final “arse”, Hilda leaves. However, Methuselah then appears to ask Hilda how far she is willing to go to get rid of Father Blackwood, clearly showing that misogyny is not limited to humankind. Hilda promptly kills him in response.

Theo awakes in the forest, having seen Dorothea in his mind, and discovers that mandrake versions of himself, Roz and Harvey are being created. He promptly kills the three mandrakes with large rocks, before fleeing with the real Roz and Harvey from a screaming Mandrake Sabrina.

So it is under dire circumstances that we spin into the season finale. Sabrina is rendered powerless, the Apocalypse seems inevitable, and Father Blackwood still has control in his Church of Judas. We can only hope that, with the addition of Ms Wardwell and hopefully Prudence to the side of the Spellmans, that some of this gets fixed – and soon!

Next episode:
The Mephisto Waltz

To view all of the other recaps of Chilling Adventures of Sabrina, click here.